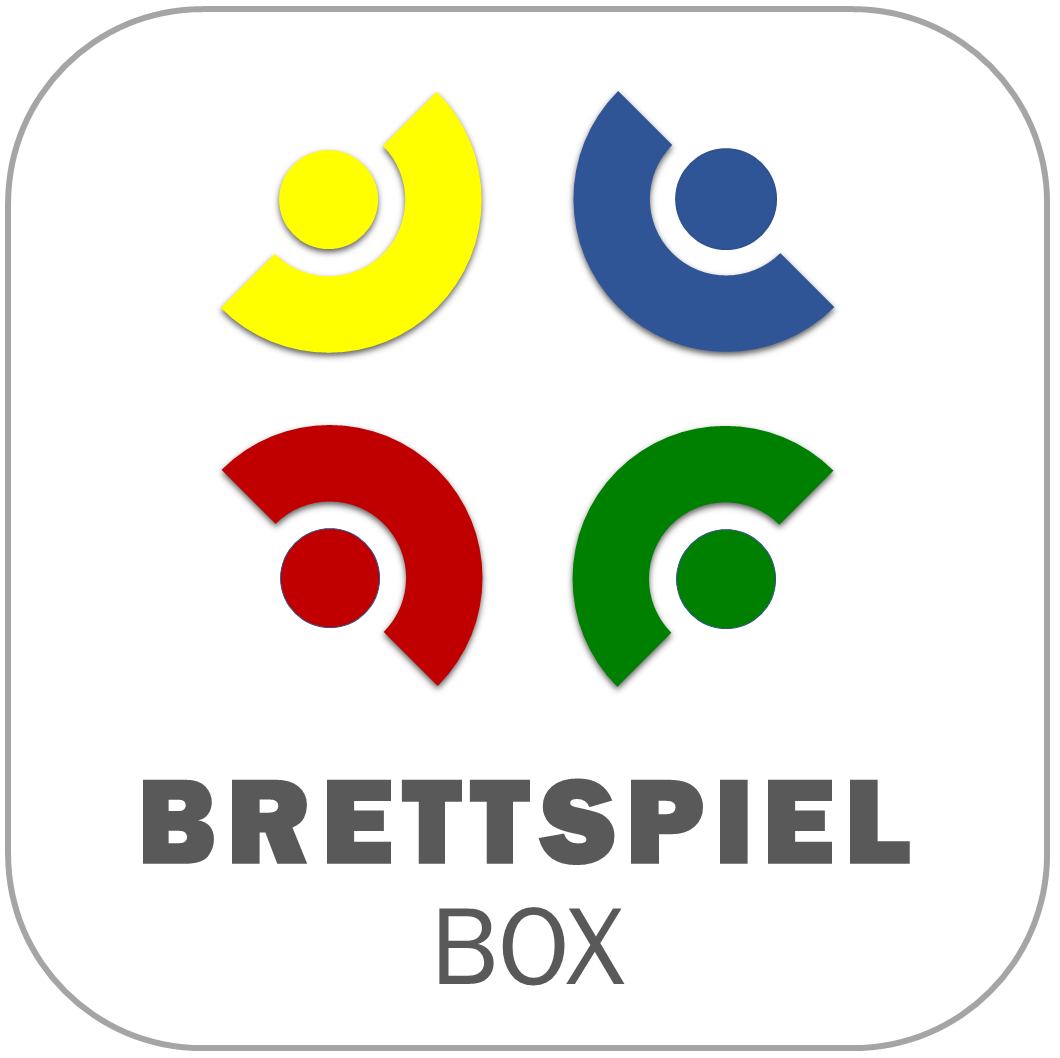 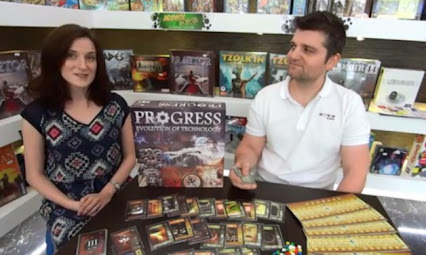 BRETTSPIELBOX: First could you give us some brief information about you and NSKN?
NSKN: NSKN Games is a Romanian based company that publishes designer boardgames. We publish our games in English, but together with our partners we managed to cover 8 other languages. Our portfolio consists of 6 games: Warriors & Traders, Wild Fun West, Exodus: Proxima Centauri (currently in its second, enhanced printing) and Praetor already published, with Progress: Evolution of Technology and Versailles due at Spiel 2014.

BRETTSPIELBOX: In 2011 NSKN Games entered the market of boardgaming. What are the reasons to start your OWN company?
NSKN: Back in 2011 starting our own company seemed like the simplest way to forge our own design ideas into an actual game. We wanted to be fully in charge of not only our destiny, but also the destiny of our design, with the freedom to publish exactly the game we wanted to play. And although submitting games to major publishers might have been a simpler route, time told us that publishing games is equally if not more interesting than designing them.

Growing a business was another dream of ours, and even seeing all we could have done better as we look back at our beginnings now, we are still proud of what we have achieved and how far we went. Owning a company is the toughest and most interesting kind of endeavour – and that in itself is a good reason to enter any kind of market. If you combine it with a passion (like a passion for gaming), it will all add up to an interesting and vastly satisfying lifestyle.

BRETTSPIELBOX: Do you have any role models in the boardgaming scene?
NSKN: Although we do admire companies like Fantasy Flight Games, being still a startup, especially compared to the biggest and most influential publishers in our industry, we need to look to our own ideas. We are still laboriously forging our fortunes and trying to follow our own principles.

As for people of the boardgaming industry, we have great respect for Martin Wallace, as he was able to build a publishing house on top of designing many great games himself. However, our plans for the future diverge from Mr. Wallace’s route.  We will accept designs from authors who are not part of NSKN Games and we want to focus on publishing a variety of games, reaching wider markets and forging new partnerships.

BRETTSPIELBOX: Progress (new game at Essen) was a very successful crowdfunding deal. What are your experiences? Will crowdfunding be the future of trade?
NSKN: Progress: Evolution of Technology was our first project on Kickstarter and we would lie if we said we were unhappy with how it went. It was a learning experience for us, both during the project’s run, as well as some months in advance, when we were trying to carefully research and plan each of its stages. Still, we feel that we are not (yet) qualified to make any sensible predictions regarding crowdfunding as the future platform for boardgaming trade.

What we can say is that the classic way of publishing (distribution-retail-gamer) as still the number one way of making games in the industry, with most of the biggest publishers not yet venturing into crowdfunding. However, Kickstarter and crowdfunding in general is growing in popularity, especially as a way to directly connect the designers with the gamers, so it definitely may become the preferred way of publishing games for many smaller companies.

BRETTSPIELBOX: I played Progress and Versailles at Heidelberger Burg event. How useful is this kind of playing prototypes with different testers for you? Have the hints influenced the development of the games?
NSKN: In short: the more people play our prototypes, the better. We are always looking for gamers with various backgrounds – like nationality, profession, gaming tastes or experience – to provide us with feedback on our games. The only thing all of them should have in common is the willingness to provide us with their honest opinion. And yes, some of the hints influence the final shape of our designs, even at seemingly late stages of their development.

BRETTSPIELBOX: Could you give us some brief information about your new games?
NSKN: We will have two new games in Essen. The first one is Progress: Evolution of Technology, a civilization building card game we have recently successfully Kickstarted. In Progress each player leads their own nation from the earliest stages of human development through middle ages, Renaissance and the Industrial Revolution to the early and mid 20th century. The game focuses almost exclusively on technologies (depicted on cards), divided into three main areas (culture, engineering and science), allowing multiple strategies and intricate card play, through hand and tableau management and a set of skills providing various in-game bonuses.

Versailles, our second Essen 2014 game, is a middle-weight, European-style game about building the legendary palace of King Louis XIV. It combines innovative worker movement and management mechanism with classic tile laying. Each player moves their workers around a set of locations to gather resources or use special abilities, with the number of their workers present determining the strength of the action or the number of options available. Resources are gained in order to purchase palace tiles placed on a grid in the centre of the board, with each player trying to build off of the already finished parts of the palace, while denying others such opportunities. Combine that with a variable game length, and Versailles becomes a simple to learn but nonetheless rich game, fast-paced, strategic and tense from start to end.

BRETTSPIELBOX: What are your expectations for Essen?
NSKN: We are hoping to meet some old friends – and to make some new ones.  We are happy to see all the awesome people that come to visit us every year. We will be promoting Praetor, Progress and Versailles, teaching our new games and helping people enjoy the great celebration of gaming that is Spiel itself. Also, we believe that our two newest games will easily find a way into gamer hearts and we are not just saying that because we published them. But do not take our word for it. Come and check them out yourself, we will be happy to welcome all of you!

BRETTSPIELBOX: What will happen in 2015? Which will be your pearls in the portfolio?
NSKN: It is really a little too early to tell, but the expansion for Exodus: Proxima Centauri will be one of our major releases in 2015. We are also bringing in games from other designers (besides Angieszka and Andrei) and we will focus on expanding our current games, as well as reprinting some of them, as we expect to be sold out by the end of this year.

BRETTSPIELBOX: Besides NSKN which games seems to be most interesting ones for you in 2014?
NSKN: We definitely liked Istanbul, which is a great, deep, interesting European style game with some pretty original and impressive mechanisms. The game is rock-solid, truly a lot of fun and a well deserved Spiel des Jahres if we ever saw one.

The second game that drew our attention is Five Tribes, as it seems another solid proposition from a well known designer and a company with a good record for publishing middle-weight and light, family oriented games with stellar components. We are also interested in what seemed to stir a lot of controversy in the gaming world (slaves being one of the resources in the game), which we would also want to examine to have our own, firsthand opinion on the matter.

As for upcoming games, we are quite excited about Hyperborea by Pierlucca Zizzi and Andrea Chiarvesio, as it seems like a very interesting mix between a civilization game, a European game and what many refer to as a “dudes on a map game”, all wrapped in top-notch components and some gorgeous art. Thus, this would be a game we will be anticipating the most while on our way to Essen.